Your health is the most important asset you have.  In order to know if your Omega 3 and 6 are out of balance this test can be helpful.  Most consumers are not familiar with the Omega-3 Index test.

Extensive scientific studies have shown that higher amounts of Omega 3 fatty acids EPA, DPA and DHA, and lower amounts of omega 6 fatty acids in the blood, are associated with reduced risk of many cardiovascular problems.

The Omega-3 Index has been linked to improved:

Read more about the benefits of fish oils and how to add this essential nutrient to your diet HERE.

Do you know what your Omega 3 number is?

Knowing your Omega 3 and Omega 6 HUFA balance score is the first step towards adjusting your diet to optimize your overall health.

This test is a simple finger stick sample of blood that tests for a complete fatty acid profile specifically focusing on your omega 3 and omega 6 fatty acid levels. 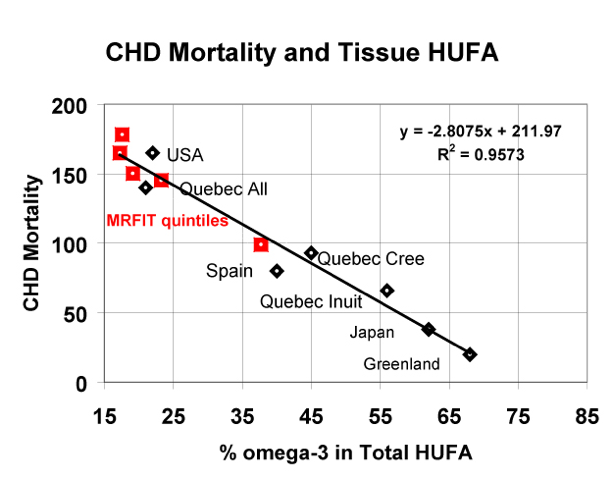 Percentage of Omega 3 in HUF

Two common tests describe Omega 3 levels as they relate to cardiovascular health. The first is known as the Lands’ Test, named after Dr. Bill Lands who invented this test and terminology. Its technical name is the Omega 3 HUFA test – the term HUFA being an abbreviation of ‘highly unsaturated fatty acids’. These fatty acids generally form the basis for our inflammatory response system.

Typical population with a Western diet has an Omega 3 HUFA score of 20%, which directly correlates to a high incidence of mortality from heart disease. People having a score of 50% (balanced omega 3 and omega 6) correlates with an approximate 50% reduction in mortality. Populations having a Omega 3 HUFA score to 70% have a very low incident of cardiovascular mortality. While this data establishes a link between blood levels of omega 3 and heart related death it does not prove cause or guarantee that if you have a particular level of omega 3 you will share the same statistical result.

The second indicator of heart health as it relates to blood-based Omega 3 fatty acids is the Omega 3 Index.

The Omega 3 Index is the combined value of two omega 3 fatty acids (EPA and DHA) thought responsible for the main physiological effects of omega 3 in a diet. The science behind the Omega 3 Index resulted from the work of Siscovick and Albert, who examined omega 3 levels in populations and then assessed their risk of sudden death. According to Albert’s data, increasing omega 3 blood values from 3.5% to 6.8% was correlated with a 90% reduction in risk of sudden death (a type of heart attack).

Data from Siscovick’s work reported similar outcomes for having a heart attack, further confirming the benefits of elevated levels blood omega 3. An American and German scientist later coined the term ‘Omega 3 Index’ in 2004 as a blood-based risk factor framework for projecting cardiovascular disease risks. The recommended Omega 3 Index is 8% or greater, meaning a combined percentage total of EPA and DHA greater than 8%. 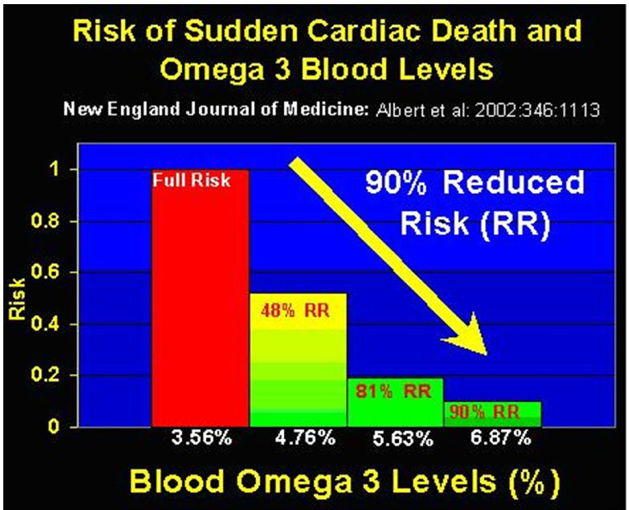 You will need only one drop of blood to complete this test.  Your will receive your test results within 2 weeks and 15 minutes consultation with me over the phone.  The results will help you to make changes to your diet and reduce foods that promote inflammation.  I encourage you to share your test results with your health care provider.

By repeating this test every 3-6 months, you will be able to visually track your progress and learn how dietary changes help you to improve your overall health.

*Analysis of OMEGA-3 fatty acids is not meant to diagnose, treat or mitigate disease.

Featured Products From Our Store